Here are the 10 best Sopranos memes that perfectly capture the crazy fucking 2022 Oscars!

A lot of people are concerned about his well-being!

Let me tell you a couple of three things: Forget Will Smith, forget Chris who goes over to Jersey and never comes back, forget Jada Pinkett Smith. 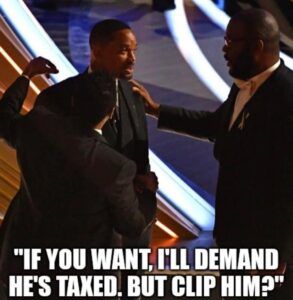 “It’s an off-color remark; it was highly inappropriate. If you want, I’ll demand he’s taxed. But clip him?”

Is a room full of guys making fun of Will Smith’s wife?

How much do you think Will Smith would ask for?

Now, either name a price or get the fuck over it – or share another Sopranos meme! 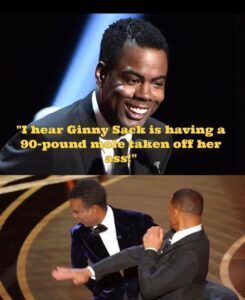 You never made a joke about Jada Pinkett Smith?

Ralph and Jada Pinkett Smith may have had more in common than you think. 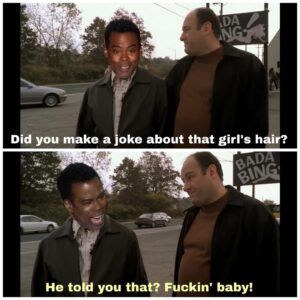 You have to apologize!

Below is Smith’s apology in full.

Violence in all of its forms is poisonous and destructive. My behavior at last night’s Academy Awards was unacceptable and inexcusable. Jokes at my expense are a part of the job, but a joke about Jada’s medical condition was too much for me to bear and I reacted emotionally.

I would like to publicly apologize to you, Chris. I was out of line and I was wrong. I am embarrassed and my actions were not indicative of the man I want to be. There is no place for violence in a world of love and kindness.

I am a work in progress.

Check Out Your Favorite Sopranos Stars On Cameo! 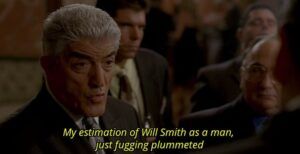 I’ll tell you one thing, and I’m not ashamed to admit it.

My estimation of Will Smith as a man just fucking plummeted! 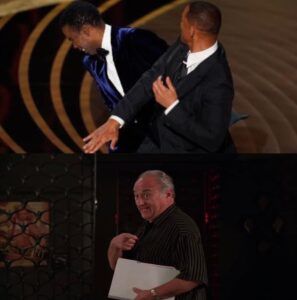 What do you think Hesh Rabkin would think of Will Smith’s music?

And what do you think Hesh would think about Will Smith slapping the shit out of Chris Rock? 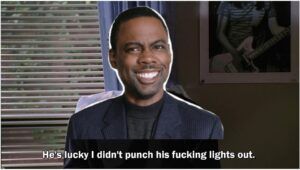 The audacity of that mother-fucker taking a shoeless shit in Tony’s downstairs bathroom.

Will Smith is lucky Chris Rock didn’t punch his fucking lights out! 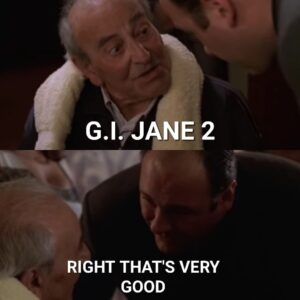 Serious about geography and bitch-slapping.

Chris Rock is lucky Will Smith didn’t throw him over the George Washington Bridge for that fucking joke he told about his wife!

9) Vito Caught in the Club 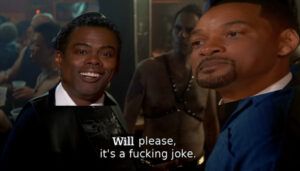 What the fuck are you doing?

When he was always talking about greasing The Screen Actors Guild, who knew that’s what he meant?

And finally, this Soprano Meme perfectly captures the 2022 Oscars.

Now what we would love to see is a truce. Wipe the slate clean.

The Oscars. Jada Pinkett. The Joke.

Put it all behind us.

I’ll tell you what fucking happened: This piece of shit told an inartful joke about Will Smith’s wife – without any provocation whatsoever!

And that’s a wrap.

What are your favorite Sopranos memes?

Share your favorite Sopranos Memes with the Glorified Crew Sopranos Blog at TheGlorifiedCrew@gmail.com!

About the Glorified Crew Sopranos Blog

Follow the Glorified Crew Sopranos blog for the latest Sopranos commentary, memes, show analysis,  trivia, and so much more! 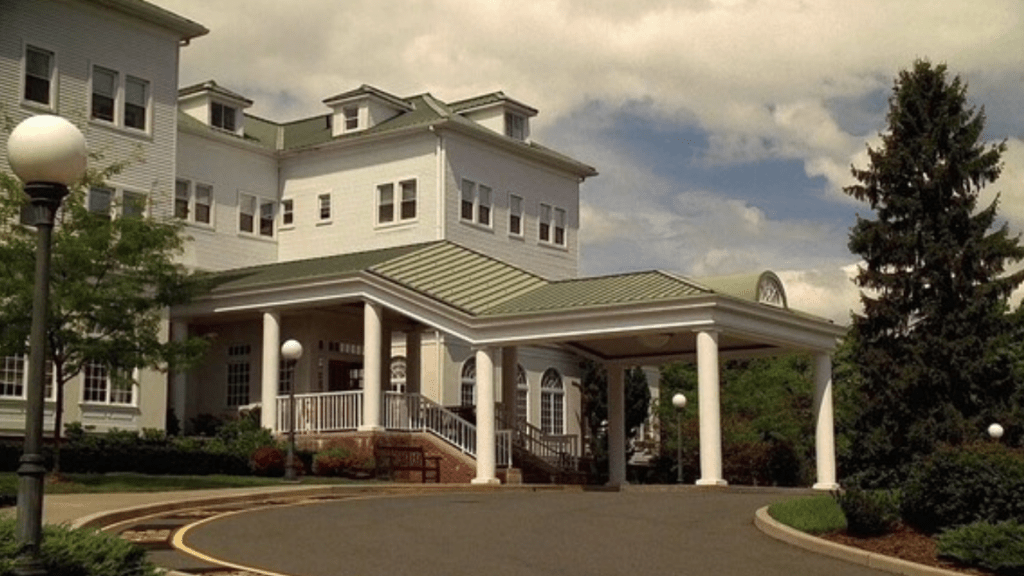